Book One: Forced to leave his own planet because of a civil war, Prince Anton flees into the unknown universe with only his all-knowing, automatonic horse, Thurgose, for company. En route to Earth, the closest inhabited planet, Anton quickly finds enemies are chasing him and he must veer to another planet where heralded fighters face off against weeds and poaching creates serious dangers. His spaceship damaged, he and Thurgose return to an Earth where every thought is captured by computers, as ambitious residents battle for the chance to get pills that will make them immortal. Trapped inside a military complex, Anton must find a way to escape, get back his ship, and somehow evade his enemies in the heavens above and on Earth. To do that, he has only a woman who has deserted her post to help him and an energy-deprived Thurgose.

Book Two: Trapped on Earth as his archenemy Wyron hovers dangerously in the sky above, Crown Prince Anton can only rely for assistance on his fantastic automatonic rocking horse Thurgose and a friendly bureaucrat named Bonnie. They try to hide with Outsiders, people who have rejected society’s push for ratings to achieve immortality, finding Bonnie’s brother among them. Wyron won’t wait and attacks, forcing the Americans to turn to the only ones who can save them, Anton and Thurgose. With his ship repaired and joined by a human crew, Anton sets off for an epic battle.

Book Three: Two implacable enemies, Wyron and Dalian Crown Prince Anton, disagree on the fates of their respective planets, but must join forces when one spaceship is crippled in an interstellar battle. With two unexpected passengers, a mischievous hologram, a human crew and an all-purpose rocking horse named Thurgose, the two aliens head back to their own galaxy to discover what really happened. They must escape from pursuing Americans who are trying to rescue the humans on board, and overcome obstacles en route to Dalia. Moving rapidly by warping space, they move closer to finding the truth while discovering just how devious Thurgose can be. 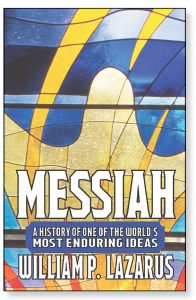